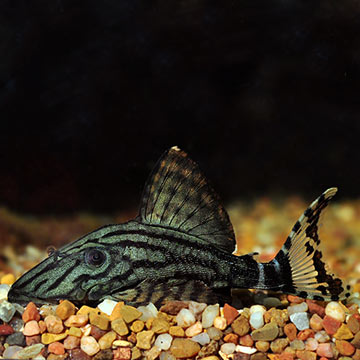 The Royal Plecostomus has not been bred in an aquarium and little is known about their breeding habits.

Feeding the Royal Plecostomus is not difficult since it is not a picky eater. However, plenty of driftwood should be used in the aquarium housing this fish. As previously mentioned, biological matter such as detritus and algae that forms on and inside of the wood itself makes up a major portion of its diet.

Supplement the diet of the Royal Plecostomus with foods that sink to the bottom of the aquarium such as a high-quality flake food, sinking carnivore pellets, sinking algae wafers, freeze-dried bloodworms, and tubifex worms.