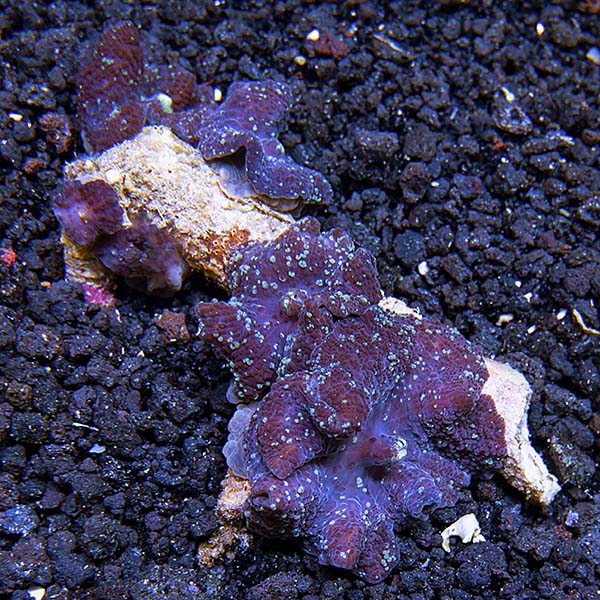 The Actinodiscus Mushrooms are also referred to as Mushroom Anemones and Disc Anemones. They were previously in a genus called Discosoma. These invertebrates display a wide variety of colors, textures, and patterns. Some are solid colors, whereas, others are striped or spotted. The taxonomy of the various species is in a state of flux and will probably continue to change.

They are hardy and moderately easy to maintain. In general, they need a medium light level, and should be placed lower in the aquarium if the light intensity is high. The Actinodiscus Mushrooms prefer a low to medium water flow within the aquarium, although different species may have different requirements. They are semi-aggressive and require adequate space between themselves and other corals and sessile invertebrates. Each ships as several individual mushrooms attached to several small rocks which are glued to a single rock.