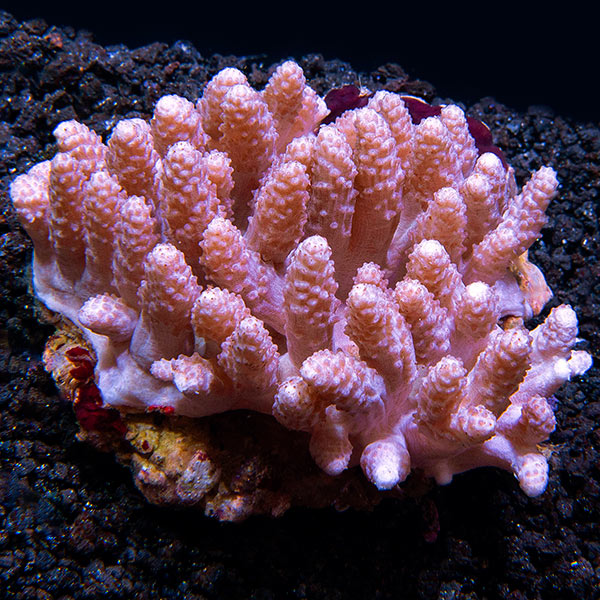 It is an aggressive coral and needs space between itself and others in the reef aquarium. It is relatively hardy, and requires medium to high lighting and medium to strong water movement, along with the addition of iodine, strontium, and trace elements added to the water. It is easy to culture in the reef aquarium by snipping off a piece of its tentacle, and attaching this cutting to a solid structure such as live rock.

It contains the symbiotic algae zooxanthellae and receives the majority of its nutrition from the light. It will also benefit from additional food such as micro-plankton, baby brine shrimp, or foods designed for filter feeding invertebrates.

It is normally shipped attached to a small piece of live rock or rubble.