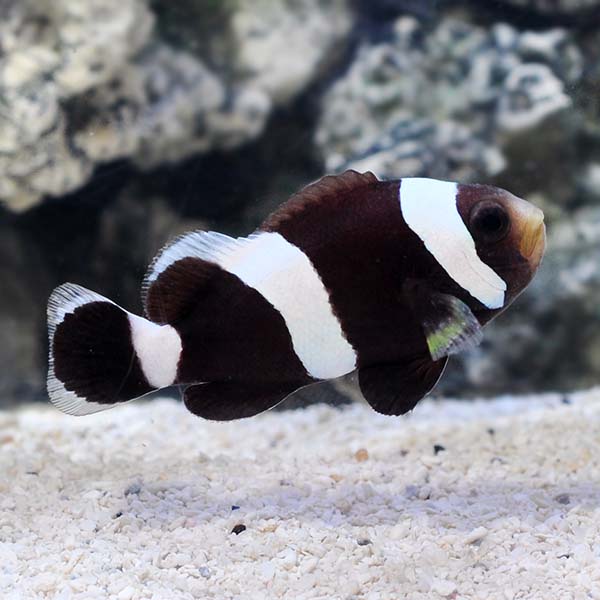 A 30 gallon or larger aquarium is desirable. It may be kept in small groups and will benefit from a host anemone. They may form relationships with the following species of anemones; Carpet (Stichodactyla sp. ), Sebae (Heteractis crispa), or Ritteri (Heteractis magnifica). (Always be sure that your aquarium and lighting system will support the needs of the host anemone before incorporating one into the aquarium.) It becomes more aggressive towards conspecifics as it ages.

Captive-bred fish have a unique advantage over wild-harvested species, as they are generally very hardy and more accustomed to conditions found in the home aquarium. Therefore, captive-bred fishes make a great choice for novices and seasoned aquarists alike.