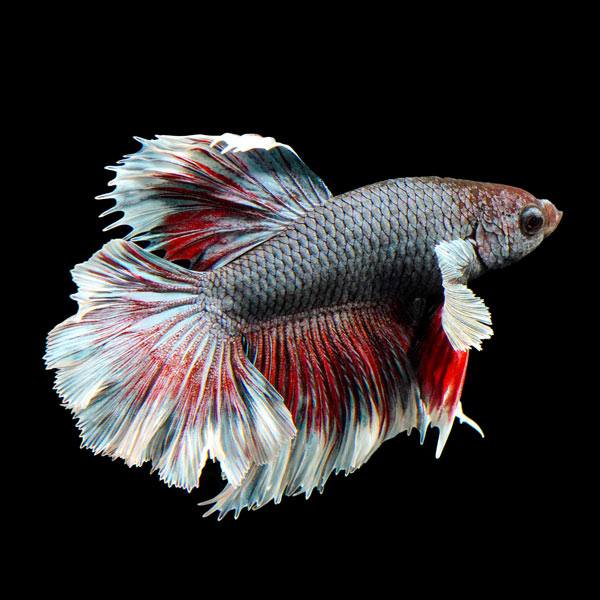 The Halfmoon Elephant Ear Betta is an incredible species for not just fans of the large betta family, but also for aquarists in general - both beginner and veterans.

The Halfmoon Elephant Ear Betta has varying coloration throughout its body. With metallic gray as the dominate body color, its speckled with dark red around the head and with red splashed across its fins. The fins end with an off-white coloration.