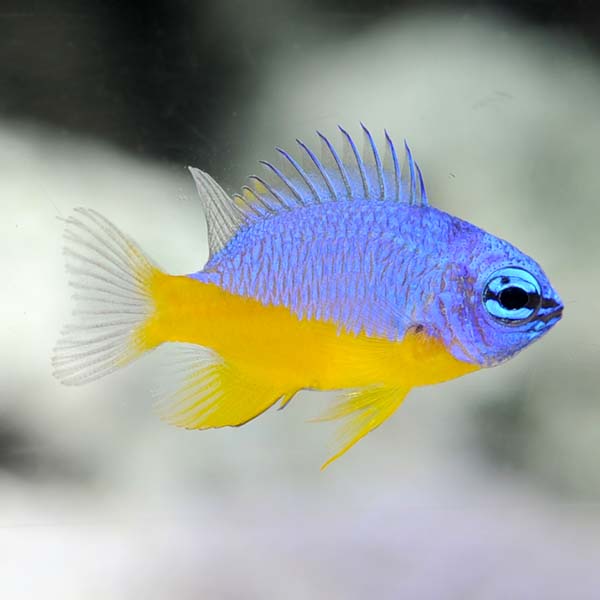 A 30 gallon aquarium or larger with plenty of rockwork and décor is ideal. Because it can tolerate substandard water parameters, it is a popular fish among beginning hobbyists. A small group of juvenile Azure Damsels will add color and drama to most marine aquariums. Maintain this species with other semi-aggressive fish, as they can become territorial as they mature. In larger reef aquariums, this is normally not a problem if plenty of hiding places are provided.

The ORA® Captive-Bred Azure Damselfish diet should consist of quality flake foods, frozen meaty foods such as brine or mysis shrimp and occasionally dried seaweed offered on a feeding clip.