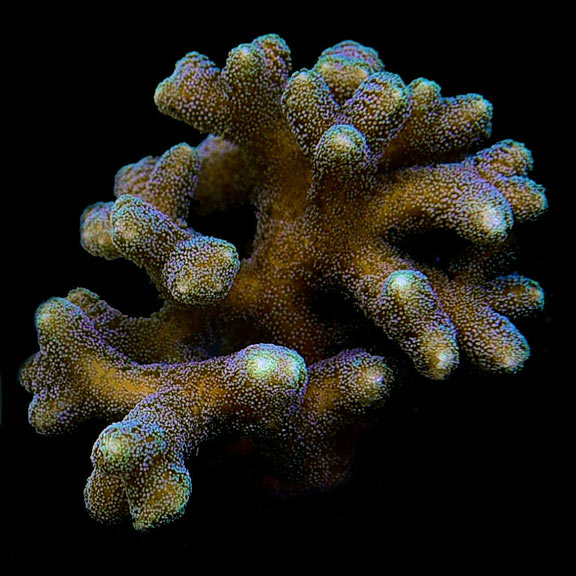 The ORA® Aquacultured Green-tip Orange Birdsnest coral is a beautiful species that is rounded in appearance and grows longer smoother branches than some other Birdsnest corals, this growth structure gives a more open structured appearance. This is a relatively fast growing species, and because of its delicate branches, care should be taken in the placement of the coral in order to protect it from physical damage.

They will thrive in a variety of lighting conditions, ranging from power compacts, T-5s, powerful LEDs and up to the more intense metal halides. Birdsnest Corals satisfy the majority of thier nutritional requirements by means of photosynthetic, symbiotic zooxanthellae algae hosted within its body. While it may not require additional food to maintain its health in the reef aquarium, the Green-tip Orange Birdsnest will feed on micro-plankton or foods designed for filter-feeding invertebrates.

The ORA Aquacultured Green-tip Orange Birdsnest coral is attached to a plastic plug and can be easily placed in holes or between the rockwork of the reef aquarium.